The weather co-operated beautifully - lovely and sunny with a cool breeze so it didn't get too hot.

Everything started at the registration tent 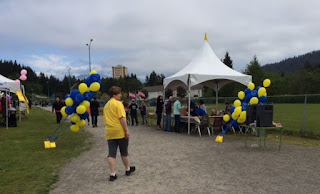 which was also the beginning/end of each circuit. When I checked in I was given a survivor shirt 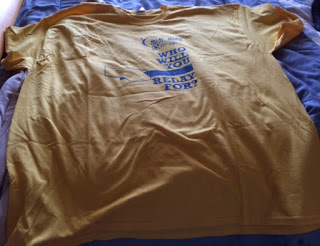 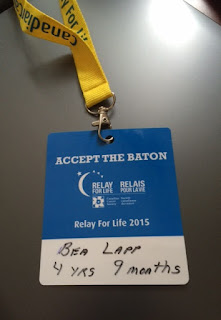 and a long thin loop of plastic thread to wear around my neck. More about that later.

At 10 a.m. was the survivors' walk - the opening circuit. We were led by 2 R.C.M.P. officers in full dress red serge and as we passed all the tents we got cheered and applauded. It was quite something to experience. Then the regular walking started. I walked a lot with with another member of my team, the Amazons. Lori has just finished her first year cancer free - still undergoing breast reconstruction - so it was pretty emotional for her.

I picked up a patch that I am going to put on one of my vests. 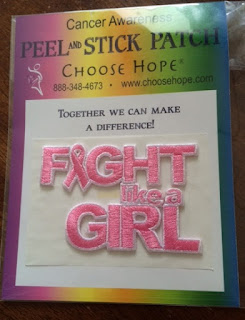 There was a stage set up 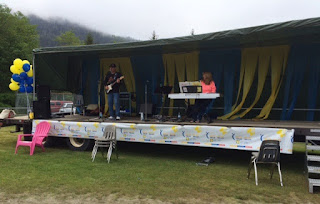 and there was upbeat music all day - sometimes live bands or singers, sometimes canned, but it really kept us going.

At lunch, 2 of the tents started to do barbecue - hamburgers, hot dogs, beef on a bun - all for a nominal price that was given back to the relay when they were done. 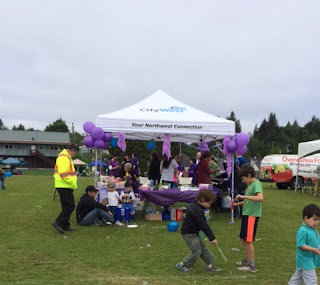 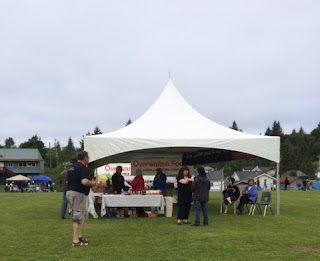 And we walked the afternoon away. There were some challenges for people to have their heads shaved, but mostly we just walked. Then at supper time one of the local food trucks showed up, again all their profits going back to the relay.

About 9:15 p.m. they started to announce prize winners, which teams had raised the most money, etc.
I won a water bottle. 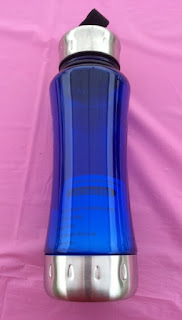 Our team got an honourable mention in money raising. 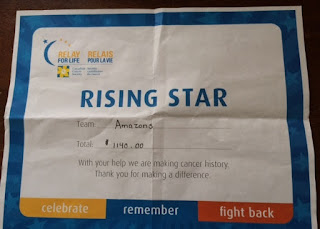 Oh, remember the loop of plastic I mentioned? Well, every time you completed a circuit you "earned" a bead to put on it. 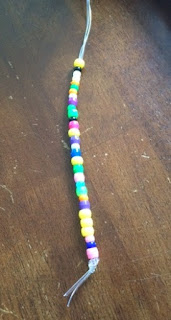 This was mine by the end. There was a prize given to the person with the most beads. The lady who won - a bicycle - had walked 93 circuits, 23.25 miles.

Then the final walk at 10 p.m. was the memorial walk. The track was lined with paper bags containing candles and on the outside the names of people who had lost their fight. We all walked around, read the names and grieved. It was an incredible circuit - there were 300+ people on the track and there wasn't a sound except for our feet hitting the dirt. Not one picture was taken - everyone was fully in the moment.

There were lots of tents, each one had a team on the track. 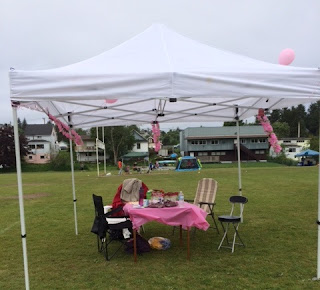 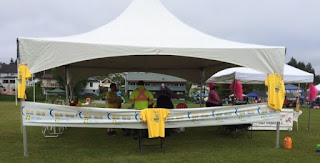 The survivors tent - lots of snacks and drinks. 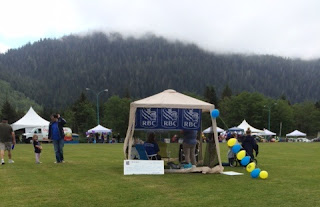 Royal Bank of Canada. That's a cheque for $3,000 sitting on the grass. 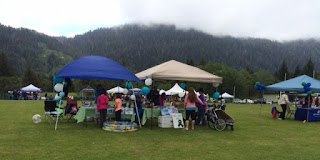 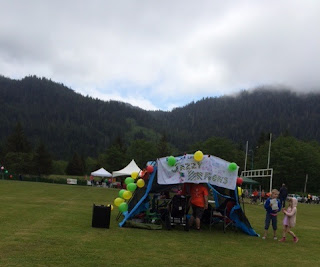 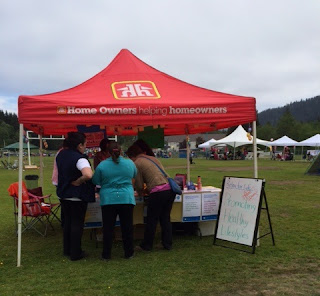 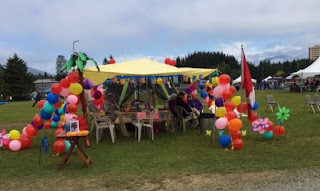 All in all, an exhausting, emotional, uplifting day. And I plan to do it all over again next year!
Posted by Bea at 5:34 PM

Huge congrats to you for completing so much and wow.. what a day. That is so wonderful that they have such an excellent event.

Congratulations, on the run/walk.
I do wish I were not so afraid of hurting and pain after a long run/walk I should do one myself, I am afraid of pain, maybe someday after retirement.

Wow! What an achievement! I am so proud of you, Bea. Thanks for sharing your achievement with us.