Oh goodness, it has been a month since I last blogged. I've spent a lot of time at the fitness club and while I'm still enjoying it, the hours are a lot more than I expected. And I don't handle 4 am risings as well as I used to. It kind of blows the whole day, as all I want to do when I finally get home is nap! Ah well, the business has been sold, so I figure by the end of June the new owner will have taken over and will almost certainly hire her own, new staff.
On the positive side, I've gotten quite a lot of stitching done over the past month. 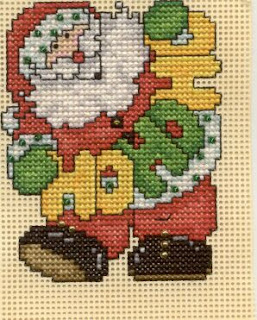 This is a design from a book that is quickly becoming a favourite of mine - Cross Stitch Wit & Wisdom by Joan Elliott. It's full of really clever designs for a wide variety of projects. The following 2 designs come from the same book. 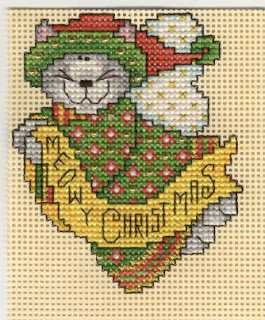 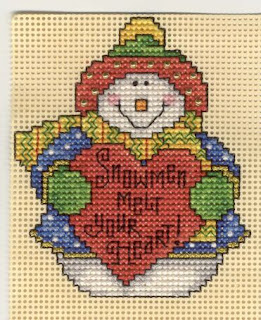 And I've started an interesting project - a Patchwork Sampler SAL (SAL = Stitch-A-Long) that is in 12 parts issued 1 per month. The first one (see below) came out in mid-April, the second (which I'm working on) in mid-May and I hope to be caught up before the third part comes out in mid-June. I know the designer, Catia Dias, and I really like her work. This is something new for her (http://www.catiacrafts.com/). 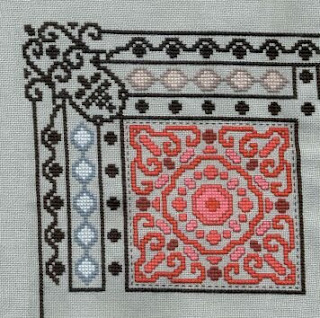 Part 1 is in 4 shades of red, Part 2 is 4 shades of blue and the remaining 10 parts will be 4 shades of different colours. I think it's going to be very striking when it's done.
I've also decided to make this blog into a bit of a health diary. I've put on a lot of weight since retiring and, being diabetic, that is not a good thing. And, after all, I AM a member of the fitness club I've been working in, so I might as use it, right? So, I'm going to start looking after me again and use this blog as a place to record my moans & groans, set backs and successes. At some point I may include pictures, but definitely not now!
Enough for today! Thanks for visiting and reading.
Posted by Bea at 4:27 PM No comments: Links to this post