Just thought I'd do a quick update on what's changed (or not) over the quiet time.
My cat Tasha contracted cancer and had to be released early in January of this year. Now I have 2 furries sharing my space - a large white male, about 3 years old named Snowy and a smaller, black Scottish-fold male, also about 3 named Yoda. They both came from a rescue shelter (http://www.citytel.net/wildlife) and have adapted well, apart from the occasional spat over who sleeps where.
I find I'm still working at the fitness club, doing a few reception shifts every week and keeping the books.
Still reading - working my way through Janet Evanovitch's Plum series. There are 16 books in the set at the moment and I've just finished #12. They are a fun read.
And poetry is still very much part of my reading. This one by A.E. Housman caught my eye.
Into My Heart an Air That Kills
Into my heart an air that kills
From yon far country blows:
What are those blue remembered hills,
What spires, what farms are those?
That is the land of lost content,
I see it shining plain,
The happy highways where I went
And cannot come again.
And I'm still stitching. I have several large projects that I'm working on in rotation so each is progrssing slowly. I have though finished a few smaller projects. 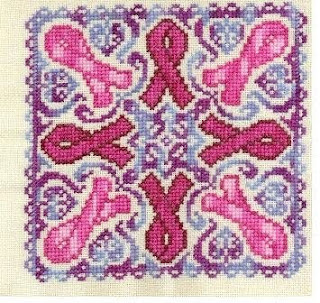 I want to send this one to my oncologist for her office. 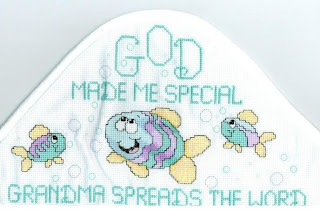 This one is for the first grandchild of a good friend. It's the hood of a baby towel. 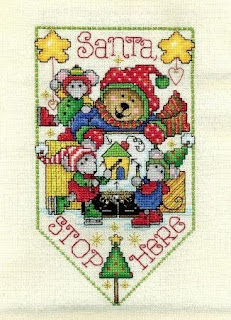 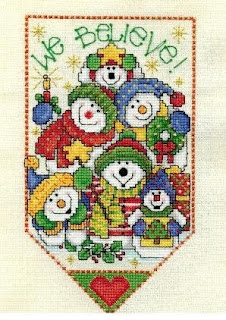 I'll be making these into ornaments for the craft fair in November.